iPhone 5C Preview – All the details

Posted by: Mohammed Fayas in iOS

The iPhone 5c comes with a plastic back. Johny Ive, Apple‘s senior vice president of design, described the iPhone 5C as “beautifully, unapologetically plastic”. Multiple parts have been reduced to a single polycarbonate component whose service is continuous and seamless.” The iPhone 5c has a steel frame under the polycarbonate back and feels very smooth in hand. It weighs 4.65 ounces which is heavier than the iPhone 5 which weighs 3.95-ounce. Along with iOS 7 iPhone 5c is a more colorful and vibrant version.

Performance wise it is a tweaked version of the iPhone 5( which is now discontinued). It has the same A6 chip , an 8 Mp camera with 3x zoom and an improved Facetime HD front facing camera , 802.11 a/b/g/n dual band Wi-Fi and more LTE bands for world coverage, but still no NFC.

The iPhone 5c includes 4 inch 326 ppi display which looks smaller compared to the 5 inch android phones. But in terms of quality, the screen is top notch and makes photos look good and on-screen text very easy to read.The iPhone 5C also comes with special wallpaper that matches the chosen color on the back of the device. 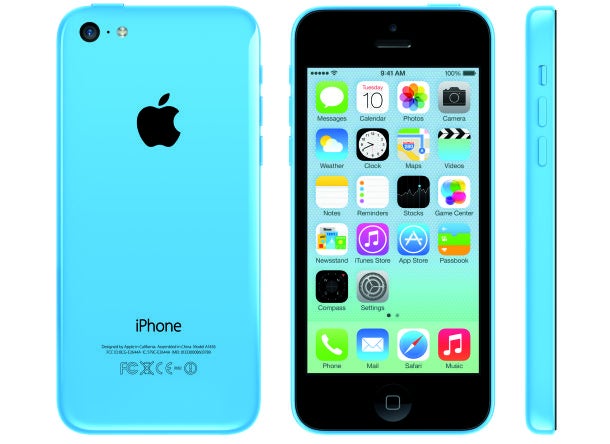 The iPhone 5 was a great phone last year and is still one of the best around and the 5c is a tweaked version with a improved camera and better LTE but lacks features such as the fingerprint scanner . only $80 (contract free) dollars more , the iPhone 5s is a better choice when you look at the features and functionality. but, the 5c is definitely going to offer a slick experience.

Previous: The Galaxy Note 10.1 2014 Edition Has a RGBW Pixel Arrangement
Next: Future Samsung phones will have 64-bit CPUs too, says CEO

Will we have solar cells embedded in our smartphone touchscreens next?

This site contains affiliate links to products. We may receive a commission for purchases made through these links.